Wright’s Market in Opelika began 46 years ago as a 2,100-square-foot convenience store under a different name and a different owner, but it has always been operated by a Wright. 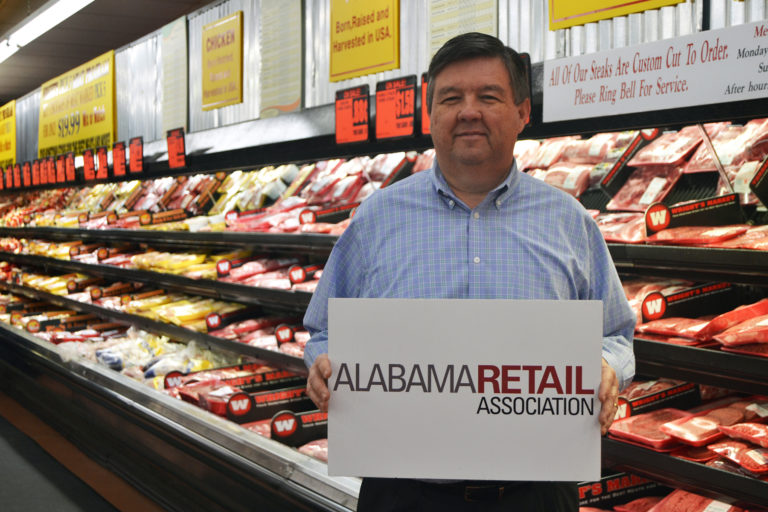 Jimmy Wright began working in the Opelika grocery store he now owns when he was 12 years old. He specializes in personalized service and has been an innovator in mobile and online grocery shopping. “We can’t turn away from being a traditional, brick-and-mortar retailer and the values that have made us successful over the years, but there is a new frontier,” he said.

“My dad built the original store for the (previous owner). When my dad completed the construction in 1973, the owner said, ‘You know, I don’t have anybody to run this store. Would you and your wife operate it until I find someone who can?’ Nobody else was ever found,” said Jimmy Wright, who bought the store on Pleasant Drive in Opelika in 1997 and rebranded it as Wright’s Market.

Gary and Linda Wright lived across the street from the store, so it made sense for the couple and their then 12-year-old son Jimmy to run the neighborhood store.

Under the Wrights’ leadership, the store expanded three times over the years, growing into a full 22,000-square-foot independent grocery known for its fresh meat and produce.

Serving on a Broader Scale
It was the second-generation-operator-turned-owner though who had the vision to “think outside of the physical box.” 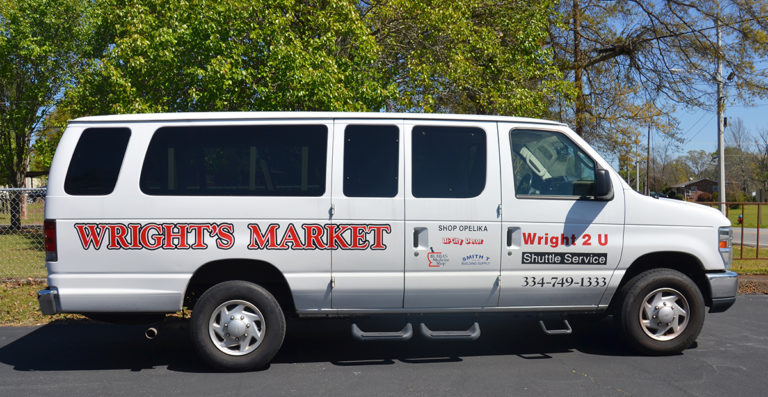 In 2014, Jimmy Wright repurposed a van and began a shuttle service for his customers who no longer could drive to the store. “We would go to a customers’ home and bring them to our physical store to shop, then take them back to their home,” he said.

Two years later, in 2016, Wright’s Market moved into e-commerce.  “The customer could order their groceries and pick them up at the store or have them delivered in the Opelika-Auburn area.”

The next step was serving nearby rural communities.

“Our store is back in a neighborhood. A lot of people don’t know where we are, especially in Auburn and other areas nearby,” said Jimmy. “We also very much saw the need for getting fresh foods to rural areas of east Alabama.”

Helping meet the need for fresh foods in areas such as Hurtsboro and Loachapoka is a 2018 federal grant that allows the store to offer half off fresh produce to certain customers and the addition earlier this year of the refrigerated “Wright 2 U Freshmobile.” The refrigerated van was made possible by another grant through Alabama’s inaugural Healthy Food Financing Program.

“We deliver 30 miles out now,” said Jimmy. “It went in gradual stages. It all goes back to serving the customer.”

Wright’s Market is the only independent, single-store grocer nationwide involved in a pilot program that will allow those on federal food assistance to use their SNAP benefit card to pay for purchases online. That program is expected to launch in November.

Utilizing technology is “an opportunity to serve people, which is what we have done since the doors opened in 1973, but we just do it on a much broader scale,” said Jimmy.

“The phrase I use is ‘high tech, high touch,’ ” he said. “My philosophy is no matter where we are – in-store, outside the store or online – we want to maintain the personal relationship we have with our customers.” 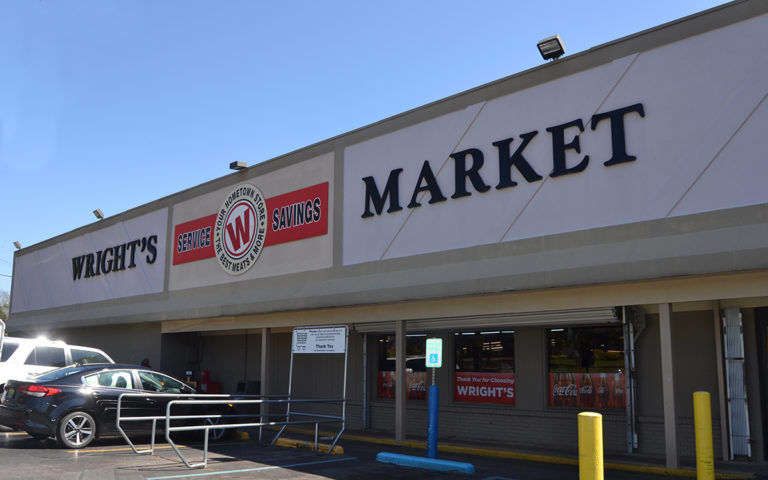 “I have always tried to advocate for our industry on any level that I could,” he said.

These days, “I have tried to place my main focus on hunger, housing and healthcare,” he added. He serves on the boards of the East Alabama Food Bank, Opelika Housing Authority and East Alabama Medical Center Foundation.

“Our small towns, as they grew, were anchored by merchants buying and selling goods and serving their communities,” he said. “That is a great legacy to continue.”

MEMBER SINCE 2006
The temperature inside the Wright 2 U Freshmobile gets down to 17 degrees. “It keeps everything good and cold,” said Jimmy Wright, who uses the van to deliver fresh meat and produce to rural areas around his Opelika store at 603 Pleasant Drive. Visit wrightsmarkets.com and wright2U.com

This article can also be found on Pages 4-5
of the July 2019 Alabama Retailer.

Previous Entry: Aim to minimize risks of retaliation claims in retail
Next Entry: Deadline to exclude or object to monetary settlement in interchange fee litigation is July 23

Alabamians 12 and older eligible for COVID-19 vaccine; CDC authorizes Pfizer vaccines for those 12-15; Saturday, get vaccinated and drive your car on the Talladega Superspeedway

Almost 4 million Alabamians who are 16 and older became eligible for COVID-19 vaccines April 5, the governor and state health officer announced April 2. May 13, the state expanded eligibility to those 12 and older.  “I encourage every Alabamian…

Campbell Hardware celebrates 75th anniversary (Gulf Coast News Today, May 4, 2021) Member since 1995 When Alabama Retail or its members make the news, we’ll link the articles below. Email Nancy Dennis when your store makes the news and we’ll…

Download Zip File With Mask Graphics Health officials recommend wearing cloth face coverings to avoid unintentionally spreading the coronavirus to others. The state of Alabama encourages wearing face coverings when in public and in close contact with others. While the…