Shane Spiller, president of Spiller Furniture & Mattress, has been elected to the Alabama Retail Association’s board of directors. His two-year term begins Jan. 1. 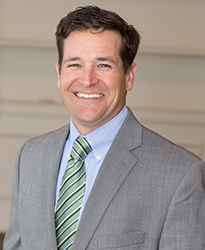 Spiller Furniture & Mattress, a regional 14-store home furnishing chain that has been in operation for 70 years, sells home furnishing, mattresses and appliances. The business employs 115 in Alabama and Mississippi. Its 11 Alabama stores are in Aliceville, Brent, Demopolis, Eutaw, Greensboro, Northport, Prattville, Reform, Selma, Thomasville and Tuscaloosa. Spiller Furniture has been an Alabama Retail member since 1994.

James E. Spiller Jr. began selling used furniture in 1948 in Tuscaloosa. His son, Mike Spiller, took over the company just prior to his dad’s death in 1982 and expanded the business to 18 stores. Shane Spiller, 45, is the third-generation operator. He became president in 2004 at the age of 30. His father retired from the business in 2012.

Spiller graduated from the University of Alabama in 1995 with a degree in business management. He and his wife, Emily, reside in his native Tuscaloosa with their five children.

Previous Entry: Owner of pharmacy, boutique and coffee shop joins ARA board
Next Entry: Socially Speaking: The top videos, photos and links of 2018

Unemployment insurance taxes due April 30; Delinquent after May 1; Rate increased for all employers