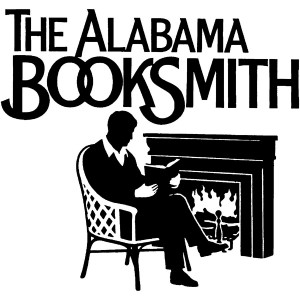 BIRMINGHAM – The Alabama Retail Association, in cooperation with the University of Alabama at Birmingham School of Business, today recognized 18 outstanding Alabama retailers representing 13 retail businesses with operations in 29 Alabama cities and 16 states as “Retailers of the Year.” The presentations were made at The Club in Birmingham during the 2012 Retail Day Luncheon. This marked the 13th presentation of the Retailer of the Year Awards since 1999.

Jake Reiss, owner of The Alabama Booksmith, a 22-year-old bookstore near downtown Homewood where every book on the shelf is signed by the author, earned the Silver Retailer of the Year Award in the Annual Sales Less Than $1 Million category. The Alabama Booksmith with its fireplace and racks of books can be a quaint getaway for customers seeking a cozy place to read, but just as often they come for the opportunity to talk books with local, regional and even some of the world’s best-selling authors.

For the Retailer of the Year judges, what stood out was “impressive growth and activities” for an independent bookseller in a market being consumed by mega-sellers. 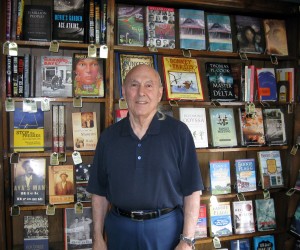 “The Alabama Booksmith is a magical place for those who want to take a minute and step into literary genius,” said nominator Tricia Ford, executive director of the Homewood Chamber of Commerce. Regular customers say they come back because Reiss knows their taste in literature and always makes their experience one of true Southern hospitality. Reiss spreads that attention to detail to his staff. “Our training is extensive and no new staff member is released for duty until fully ready,” Reiss said in his Retailer of the Year entry.

A tailor by trade, Reiss credits his son Frank for inspiring him to become a bookseller. He built his business through author events and has customers worldwide. His store was host for the first signing and reading by New York Times bestselling author Kathryn Stockett’s book, “The Help,” outside of her home town of Atlanta. Visitors to the store’s website can see and hear Stockett and her good friend, actress Octavia Spencer, reading from the book during the Booksmith reading event.

While most authors sign books sold by The Alabama Booksmith from the comfort of their homes or offices, some authors such as Condoleezza Rice, Harper Lee, Tom Brokaw and Pat Conroy have either come to the store or the store has come to them to sell their books at signings.

The Alabama Booksmith will be featured in a publication coming out in November about brick-and-mortar bookstores throughout the country. Pulitzer-Prize winner Rick Bragg, who counts himself among Reiss’ friends, wrote the essay about The Alabama Booksmith.

Because of what Ford calls Reiss’ “altruistic heart,” The Alabama Booksmith has benefitted more than 30 nonprofit organizations throughout Alabama for the past two decades. Author events have raised money for such nonprofits as The Alabama Humanities Foundation, Children’s of Alabama, Hand-in-Paw, Kid One Transport and many more.

Reiss doesn’t just excel at selling books; he also excels as a citizen and community leader. He has served as the president of the Birmingham Touchdown Club, been an active member of the Downtown Kiwanis Club and served as an adviser to the University of Alabama at Birmingham English Department. Ford said she knew Reiss “had given back to Homewood,” but until she asked “had no idea he had helped found the Birmingham Big Brothers/Big Sisters program.”

What doesn’t surprise Ford or Reiss’ legions of customers is that The Alabama Booksmith has seen an increase in sales every year since opening.

Alabama Retail Association President Rick Brown said, “Jake Reiss is a retailer of the year EVERY year to his customers, his six employees and the Homewood and Birmingham communities.”

The Alabama Retail Association represents retailers, the largest private employer in the state of Alabama, before the Alabama Legislature and the U.S. Congress. Our 4,000 independent merchant and national company members sell food, clothing, furniture and other general merchandise at more than 6,000 locations throughout Alabama. ARA promotes what is best for the retailing industry in Alabama and has been doing so since 1943. From legislation to education, through communication and member services, ARA members benefit from the value of membership in their association. Retail works!

Almost 4 million Alabamians 16 and older became eligible for COVID-19 vaccines April 5, by the authority of the governor and state health officer. On May 13, the state expanded eligibility to those 12 and older. “Our greatest weapon against…

Holiday spending to near $15 billion in Alabama; Plan ahead, shop early and thank a retailer!

Holiday sales in Alabama could grow by double digits for the second year in a row. Alabamians spent 11.6% more during November and December 2020 than they did during the same period in 2019, which was the highest holiday growth…