BIRMINGHAM – The Alabama Retail Association, in cooperation with the University of Alabama at Birmingham’s Collat School of Business, today recognized outstanding Alabama retailers representing 12 retail businesses with operations in 72 Alabama cities and 31 states as Retailers of the Year. The 12 winning Retailers of the Year were chosen from almost 50 nominees. The presentations were made at The Club in Birmingham during the 2013 Retail Day Luncheon. This marked the 14th presentation of the Retailer of the Year Awards since 1999. 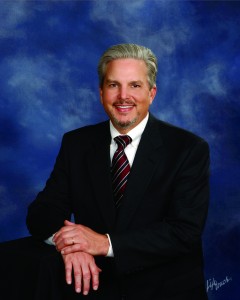 Mark McCutcheon, president, chief executive officer and chief potato peeler for Golden Flake Snack Foods, a Birmingham-based manufacturer and seller of salted snacks, earned the Bronze Retailer of the Year Award in the Annual Sales More Than $20 Million category. Golden Flake has been an Alabama Retail member since 1987. Victor M. Brown, vice president of Minority and Small Business Development for the Birmingham Business Alliance, who nominated McCutcheon for the award, said, “Through the difficult variations of costs that are impacted by the ups and downs of agricultural commodities, Golden Flake has achieved success with an intense focus on the value that they place on their employees.” 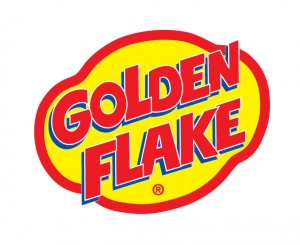 A venture that began 90 years ago with two friends and a sack of potatoes in a tiny basement of a grocery store has grown into an operation that sells the “South’s original potato chip” and other snacks across 15 states and employs 850 people. The company has manufacturing plants in Birmingham and Ocala, Fla., with warehouses in the Alabama cities of Birmingham, Montgomery, Midfield, Demopolis, Fort Payne, Muscle Shoals, Huntsville, Phenix City, Tuscaloosa, Mobile, Dothan and Oxford.

The Retailer of the Year judges lauded Golden Flake for its use of technology. Golden Flakes’ sales team is equipped with handheld computers operating on a wireless network for real time order placement and inventory. The company also has utilized technology to get its products to customers in places where the snacks are not sold in stores.

While Golden Flake primarily sells its products to retailers, the snacks are sold directly to consumers through the Golden Flake website. The online store ships to every state outside the company’s 15-state sales footprint. “Breakage was a challenge we faced in shipping our fragile products around the country,” McCutcheon said in his Retailer of the Year entry. “A special box and insulation was designed to ensure our customers receive the quality chips we are known for.”

One key to Golden Flakes’ success is its partnership with the Southeastern Conference, Auburn, Alabama, the Talladega Superspeedway and other events followed and attended by its customers.

Alabama Retail Association President Rick Brown said, “Mark McCutcheon is a retailer of the year EVERY year to the customers who love to eat Golden Flake snacks, his 850 employees and the Birmingham community.”