BIRMINGHAM –  Zebbie Carney, owner of Eugene’s Hot Chicken in Uptown Birmingham, has been named Alabama’s 2018 Gee Emerging Retailer of the Year. Eugene’s Hot Chicken was one of 13 retail businesses honored today as Retailers of the Year. This year’s winners came from a pool of almost 100 nominees. Carr, Riggs & Ingram CPAs and Advisors, Slappey Communications and the University of Alabama’s Culverhouse College of Business were the luncheon sponsors. 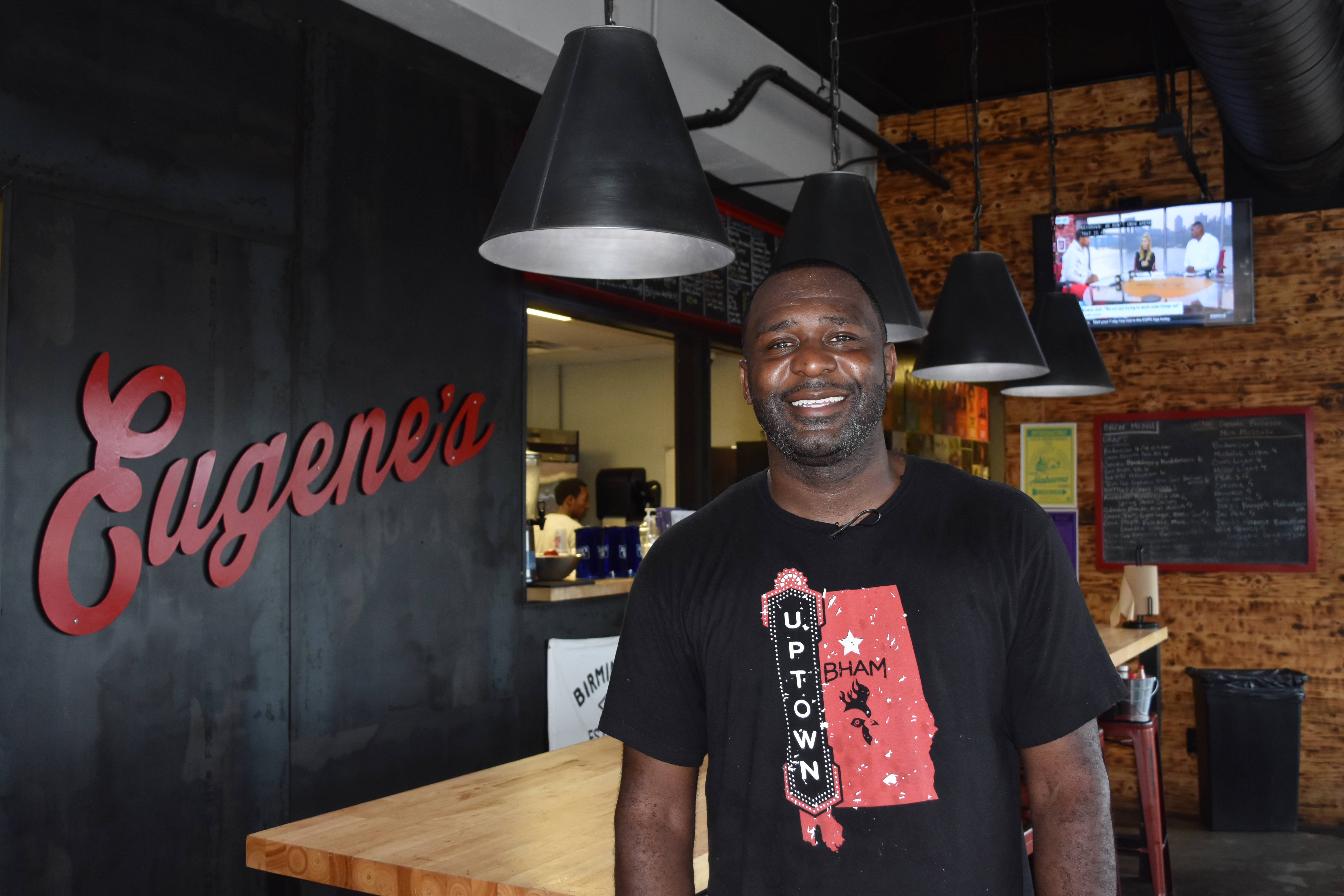 Carney’s recipe for success with his hot chicken restaurant came from his hometown of Nashville, where hot chicken is a local specialty.

“On my journey of visiting home and coming back to Birmingham, I kept thinking that it would be perfect if we opened a hot chicken restaurant here in Birmingham. Brick and mortar was so expensive at the time, so I started with a food truck, and it just exploded from there,” Carney said.

He tested Birmingham’s appetite for Nashville’s hot chicken in restaurant pop-ups around the city before rolling out his food truck in October 2015. It wasn’t long before the business exploded, and he opened a brick-and-mortar restaurant on 9th Avenue North in Birmingham. His food truck operation, however, is still a huge part of his business plan and sales.

“They were incredibly successful with the food truck, and it didn’t take them long to successfully move into brick and mortar,” said Laura Boyles, director of investor relations for the Birmingham Business Alliance, who nominated Zebbie for the award. “Zebbie brings enthusiasm and personality to the company, and it’s been rewarding watching both him and the company grow.”

As he accepted his award during the Alabama Retail Day awards luncheon, Carney said, “This whole team has put in so much work. To get this award, it’s an honor; it means so much to us.” 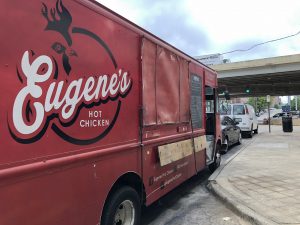 The Gee Emerging Retailer of the Year Award is named in memory of the late Morris “Mickey” Gee, a former Alabama Retail board member and University of Alabama at Birmingham professor, the award is given annually to an innovative and effective Alabama retailer who has been in business for at least two years, but less than five. Gee, who owned the Pants Store for more than 30 years, realized that the first five years are tough, but young businesses can have a huge impact. Past Birmingham-area winners of the Gee Emerging Retailer of the Year Award include Big Spoon Creamery (2017), Steel City Pops (2015) and Urban Cookhouse (2012).

One of the Retailer of the Year judges said about Carney, “He has a heart and a true passion for his business. He is so focused on his business, but he also spends time mentoring other young entrepreneurs to help them find success.”

“Zebbie Carney is a retailer of the year EVERY year to Eugene’s Hot Chicken’s customers, his 19 employees and the Birmingham community,” said Alabama Retail Association President Rick Brown.