BIRMINGHAM – The Alabama Retail Association, in cooperation with the University of Alabama at Birmingham’s Collat School of Business, today recognized outstanding Alabama retailers representing 13 retail businesses with operations in 48 Alabama cities and 12 other states as Retailers of the Year. The 13 winning Retailers of the Year came from a pool of almost 70 nominees. The presentations were made at the Vestavia Country Club in Birmingham during the 2014 Retail Day Luncheon. Alabama Gov. Robert Bentley presented the keynote address and signed a statewide proclamation declaring Sept. 23 as Alabama Retail Day. This marked the 15th presentation of the Retailer of the Year Awards since 1999. 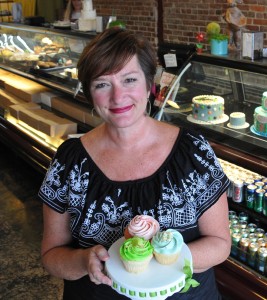 Jan Jacks, owner and chief executive officer of Dreamcakes Bakery, a multi-faceted, award-winning, family-owned artisanal bakery in Birmingham, earned the Silver Retailer of the Year Award in the Annual Sales Less Than $1 Million category. “Who knew that “raising the bar” on the creation of delicious cupcakes that rivaled the best-made cakes would cause such a boom,” said Victor M. Brown, vice president for minority and small business development at the Birmingham Business Alliance, who nominated Jacks for the award. In 2010, the Birmingham Business Alliance named Dreamcakes as its Best Emerging Business. Dreamcakes has been an Alabama Retail Association member since 2012.

Jan’s children work side-by-side with their mother at the business that opened in 2009. Daughter, Katie Moon, acts as creative director and is in charge of weddings, while son Ben Moon is the business manager. The family is considering expanding the business to Tuscaloosa and Trussville and potentially offering decorating supplies for baking at home. The business already operates food trucks, sells its buttercream icing in 16- and 32-oz. containers at select local Western Supermarkets and Piggly Wigglys and has attracted 14,500-plus fans on Facebook. An iPhone app helps Dreamcakes customers keep track of the cupcake trucks locations and destinations as well as the flavors available on the truck and in the bakery. The bakery also offers cake decorating classes and birthday parties.

Dreamcakes serves as the official bakers for the Birmingham Barons, and, in the spring of 2013, was chosen by Paramount Pictures to promote new movies for GOFOBO.com with specially designed cupcakes and giveaways.

Jacks also shares her baking abilities by partnering with local businesses. She has joined with Buffalo Rock to promote the beloved southern soft drinks, Grapico, and Cheerwine, by developing cupcakes in those flavors. She also partnered with Good People Brewing Co. to make Coffee Oatmeal Stout chocolate cupcakes topped with a coffee cream-cheese buttercream.

Jacks has also authored two books: The Southern Pie Book and The Big Book of Cupcakes. 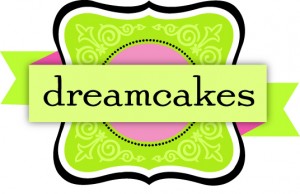 Dreamcakes sells 15 to 20 flavors of cupcakes daily, including Birmingham-inspired cupcakes such as the white velvet cake, Jasmine buttercream known as The Cahaba Lily. The bakery gives monthly to the International Justice Mission, which works to protect the poor from violence by partnering with local authorities.

Alabama Retail Association President Rick Brown said, “Jan Jacks is a retailer of the year EVERY year to her customers, her 18 employees and the Birmingham area.”